Good Wine, Bad Movies, and the Feeling that You Can’t Go Back 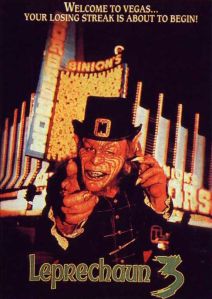 Disappointment. Get used to it if you’re a fan of grape juice, because loving the vino is a one way street. Once you’ve had a glass of elixir that truly moves you, it’s hard to go back to the same old vanilla mediocrity you got yourself used to. You want more. You want to be moved again. But how does one go back to the farm after experiencing a few nights of the MC Hammer lifestyle in the big city? How does one go back to watching WNBA reruns after seeing the Celtics play the Lakers? Sure, I could walk into the nearest reputable wine shop and purchase a bottle with a price tag equal to the GDP of a third world country, but that’s no guarantee drinking it will make me see God. The trick is—no, the fun is—no, the joy is finding that little unknown gem that is way under priced and treating it like your favorite little indie band whose every song is just so good but nobody has yet heard of them.

The first thing you have to do is find a good store. Good wine shops have good people. Basically two types of people work in wine stores: the ones who love wine and want to share that love, and the ones with the “I’m here because I messed up at White Castle” expression on their face. Good wine stores have an abundance of the former. Next, ask them questions. Build a relationship. There is no wine equivalent of the “when’s the baby due?” question that caused so much trouble with your sister’s friend. Try to find a person with your taste. Think of it like finding a movie critic with your tastes because with wine, one man’s Gone with the Wind is another mans Gigli.  Will this guarantee a hit every time? No, but at least he/she can eliminate wine’s version of the Leprechaun series. It skews the odds in your favor. It sets yourself up to win more than you lose.

Finally, and I’ve preached this before, try everything. Don’t let odd grape varietals, different regions, or new blends scare you away. This week’s recommendation is a rock star!

Arizona Stronghold, Nachise Blend ($19.99): Nachise reminds me of my cousin who returned from Europe sporting an accent, drinking tiny, strong coffees, and wearing a beret. It’s completely American, yes, but it mimics the Rhone style perfectly.

I arrive at the DASWI conference (Discuss and Argue Silly Wine Information) where a buxom brunette named Vinifera Galore meets me at the check-in table. She’s been waiting just for me. She hands me a glass of wine and with demure smile says, “Your reputation precedes you, Mr. Barber. Care for a Savigny les Beaune?”I look her in the eye and with a charming grin I coyly reply, “As long as it’s not a ’92.” My entourage of brown-nosers and wannabees politely laugh because the joke is actually on the ’92 vintage, which everyone knows was rather dreadful, really.

“Splendid! Splendid, old chap!” they say as they gather around me in their blazers, silk scarves, and turtle-necks. I straiten my ascot, begin speaking, and they hang on my every word. I know all the wines, vintages, regions, and facts and I spew them liberally. Some passersby believe I’m speaking in tongues. Before long I’m pontificating obscure wine minutia with a passion that some astronomers reserve for arguing that yes, Pluto really is still a planet, damn it.

If the above paragraphs appeal to you, you’re reading the wrong column. The true story is that I’m more likely to attend the IJAWA conference (I Just Appreciate Wine’s Awesomeness) while wearing an ABGB T-shirt (Anyone But Green Bay). The judging method I use is very simple. There’s one needle and it’s located front and center over the wow-factor gauge in my head. The wine that sends that needle highest wins. Does that mean I don’t taste and appreciate the hints of forest floor, the nuance of baked leather, or the subtle tones of moldy walrus hide? No, actually I do–but obsessing on it only gets in the way of discussing more important topics like why the Goddesses of India have so many arms or what on Earth the first person to ever milk a cow was thinking.

I love wine. But for me, once it becomes a matter of trying to outwine someone else, I bale quicker than when I had my blind date with Rosie O’Donnell.

This week’s recommendation comes from Washington.

Corvidae Lenore 2008, Columbia Valley Syrah ($11.99): I’m tempted to soliloquize about how drinking Lenore is like drinking liquid, silky, dry hay. Or espouse its light tannins and balance of pepper with fruit, etc. All of this would be true but I just won’t let that get in the way of appreciating its total awesomeness.